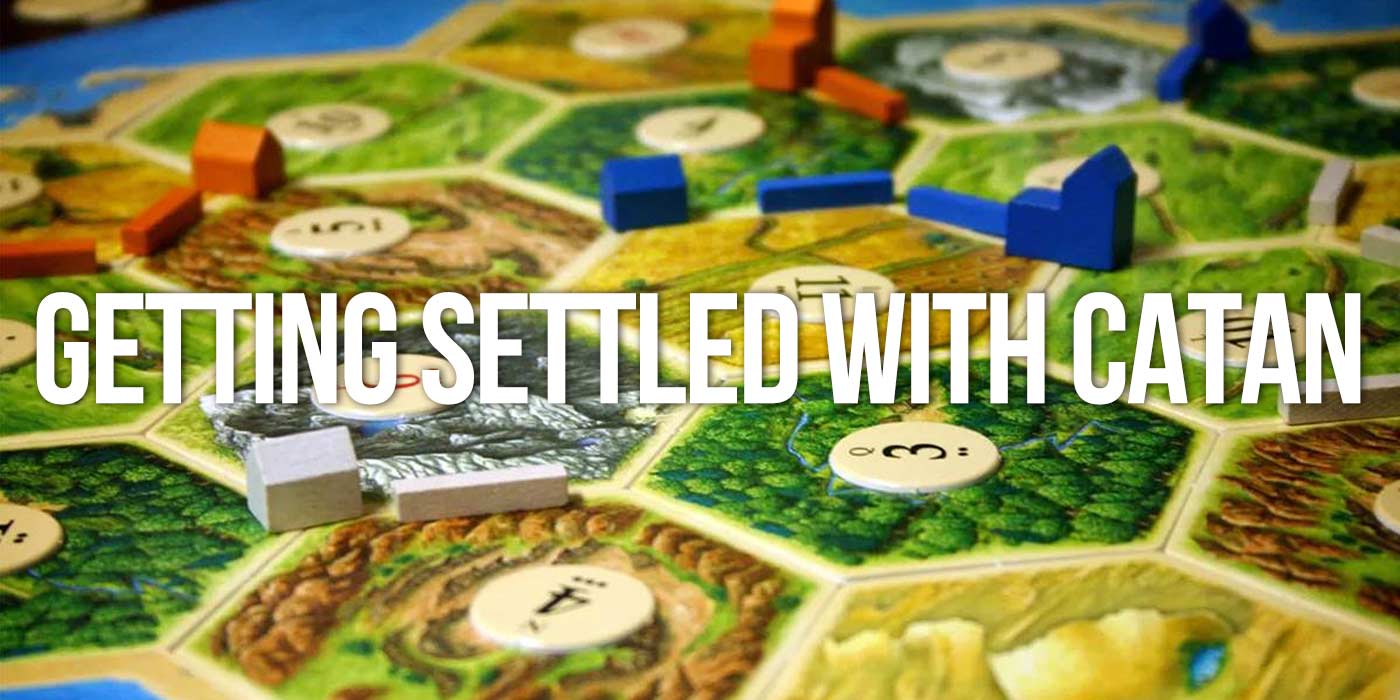 Here’s some more background on Settlers of Catan, care of Wikipedia’s description:

Catan, or The Settlers of Catan in older editions, is a multiplayer board game designed byKlaus Teuber and first published in 1995 in Germany by Franckh-Kosmos Verlag (Kosmos) as Die Siedler von Catan. Players assume the roles of settlers, each attempting to build and develop holdings while trading and acquiring resources. Players are rewarded points as their settlements grow; the first to reach a set number of points, typically 10, is the winner. The game and its many expansions are also published by Mayfair Games, Filosofia,Capcom, 999 Games, Κάισσα, and Devir.

The Settlers of Catan was one of the first German-style board games to achieve popularity outside of Europe.[1] As of 2015, more than 22 million copies in 30 languages were sold.[2]The game has been translated into 30 languages.[3] It is popular in the United States where it has been called “the board game of our time” by The Washington Post.[4] A 2012 Americandocumentary film titled Going Cardboard (featuring Klaus Teuber) is about this game’s impact on American gaming communities and what came of it. The game involves large amounts of strategy, while still being fairly simple to learn, making it perfect for those who wish to enter the world of strategic boardgames.

Powerfully sobering funeral ballad from Bob Dylan. Here are the lyrics to Bob Dylan’s just-released song, “Murder Most Foul,” a 17-minute goliath. Scroll to the bottom to play and read along. Take your time with it, and pray for understanding, discernment, and direction.

Will you choose the blue pill or the red pill? The Matrix is back, with Keanu Reeves, due to be released in December, 2021. Check out the trailer for Matrix 4 Resurrections, and let me know what you think in the comments below. It’s a brief trailer, but based on what you see, how’s the…

God was sitting in heaven one day when a scientist said to Him, “God, we don’t need you anymore. Science has finally figured out a way to create life out of nothing – in other words, we can now do what you did in the beginning.” “Oh, is that so? Explain…” replies God.  “Well,” says…

Conference Call In Real Life is a HIT on YouTube right now. It’s an awesome depiction of what it’s REALLY like to join a conference call today, whether it’s via phone or online. Can you relate?

When there was a local labor dispute going on at Witchita Subaru dealership, the protestors brought out the big guns, with this sign:

It reads: “Shame on Subaru of Witchita.”

Smeone cooked up a clever response, placing it alongside the original sign, with the same font, coloring, and size:

Theirs reads: “For Having Unbeatable Prices.”

A wise person once said, “Hate the sin, not the sinner.” I don’t think Oprah Winfrey was following that line of thinking when she sat down for this trainwreck BBC interview. Oprah lets her inner Macheavelli hang out. She did realize the red light was lit up on the camera, didn’t she?