Nothing to mess with, as evidenced here on the O’Reilly Factor, on Fox. 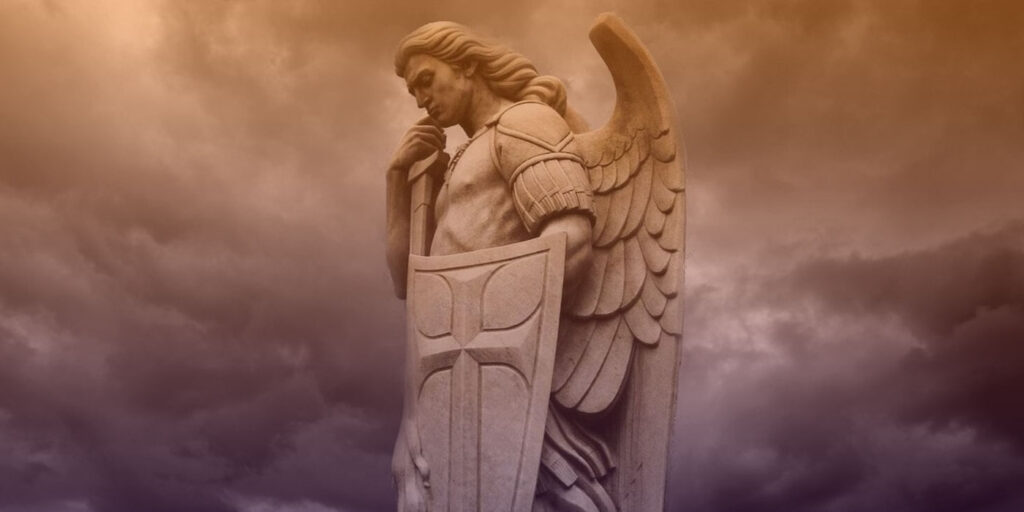 Devotion to Michael the Archangel is one of the oldest devotions of the Church; indeed, his roles in God’s divine plan date back before the Incarnation. It was St. Michael who led God’s army against Lucifer and the other rebellious fallen angels, St. Michael who guards the Catholic Church and her pope, and St. Michael who, at God’s commands will reprise his role against the Antichrist in the End Times.

See, my servant shall prosper,
he shall be raised high and greatly exalted.
Even as many were amazed at him—
so marred was his look beyond human semblance
and his appearance beyond that of the sons of man—
so shall he startle many nations,
because of him kings shall stand speechless;

Matthew 5:13-16 Jesus said to his disciples: “You are the salt of the earth. But if salt loses its taste, with what can it be seasoned? It is no longer good for anything but to be thrown out and trampled underfoot. You are the light of the world. A city set on a mountain cannot…

Pope Francis stopped his motorcade in southern Italy recently, opening the passenger door himself (before the car even stopped), and stepping out of a mild-mannered Ford Focus, to give a special blessing to a disabled girl.

In this video, Father (now Bishop) Robert Barron delivers an excellent description of the Christian celebration of Lent. For another execellent perspective on Lent, Relevant Magazine’s Ann Swindell shares four key reasons for Lent: 1) Lent is a reminder of our need to repent; 2) Lent is a paring down of our excesses; 3) Lent…