Edited by John Coonen – In a lengthy Saturday address in Gettysburg, PA, Donald Trump laid out a seven point plan to “drain the swamp” inWashington, DC, and revitalize the American economy. Trump pledged that in his first 100 days in office, he will restore “honesty, accountability and change to Washington” through the following steps:

Trump also named several legislative measures which he will work with Congress to pass within his first 100 days in office.

Middle Class Tax Relief And Simplification Act: An economic plan designed to grow the economy 4 percent per year and create at least 25 million new jobs through massive tax reduction and simplification, in combination with trade reform, regulatory relief, and lifting the restrictions on American energy. The largest tax reductions are for the middle class.

End The Offshoring Act: Establishes tariffs to discourage companies from laying off American workers to relocate in other countries and ship their products back to the U.S. tax-free.

School Choice Act: Gives parents the right to send their kid to the public, private, charter, magnet, religious or home school of their choice.

Repeal and Replace Obamacare Act: Fully repeals Obamacare and replaces it with Health Savings Accounts, the ability to purchase health insurance across state lines, and lets states manage Medicaid funds. Reforms will also cut the red tape at the FDA to speed the approval of life-saving medications.

End Illegal Immigration Act: Fully-funds the construction of a wall on our southern border with the full understanding that Mexico will be reimbursing the United States for the full cost of such wall; establishes a 2-year mandatory minimum federal prison sentence for illegally re-entering the U.S. after a previous deportation, and a 5-year mandatory minimum for illegally re-entering for those with felony convictions, multiple misdemeanor convictions or two or more prior deportations; also reforms visa rules to enhance penalties for overstaying and to ensure open jobs are offered to American workers first.

Restoring National Security Act: Rebuilds our military by eliminating the defense sequester and expanding military investment; provides Veterans with the ability to receive public VA treatment or attend the private doctor of their choice; protects our vital infrastructure from cyber-attack; establishes new screening procedures for immigration to ensure those who are admitted to our country support our people and our values.

Clean up Corruption in Washington Act: Enacts new ethics reforms to “Drain the Swamp” and reduce the corrupting influence of special interests on our politics.

We finally have proof of inappropriate financial dealings with Russia. pic.twitter.com/MaZgh0zjFP — Liz Wheeler (@Liz_Wheeler) May 19, 2017

Released by Mike Lindell on February 5th, and banned by noon, here is his new documentary news expose on election fraud, called Absolute Truth: Exposing Election Fraud and the Theft of America by Enemies Foreign and Domestic 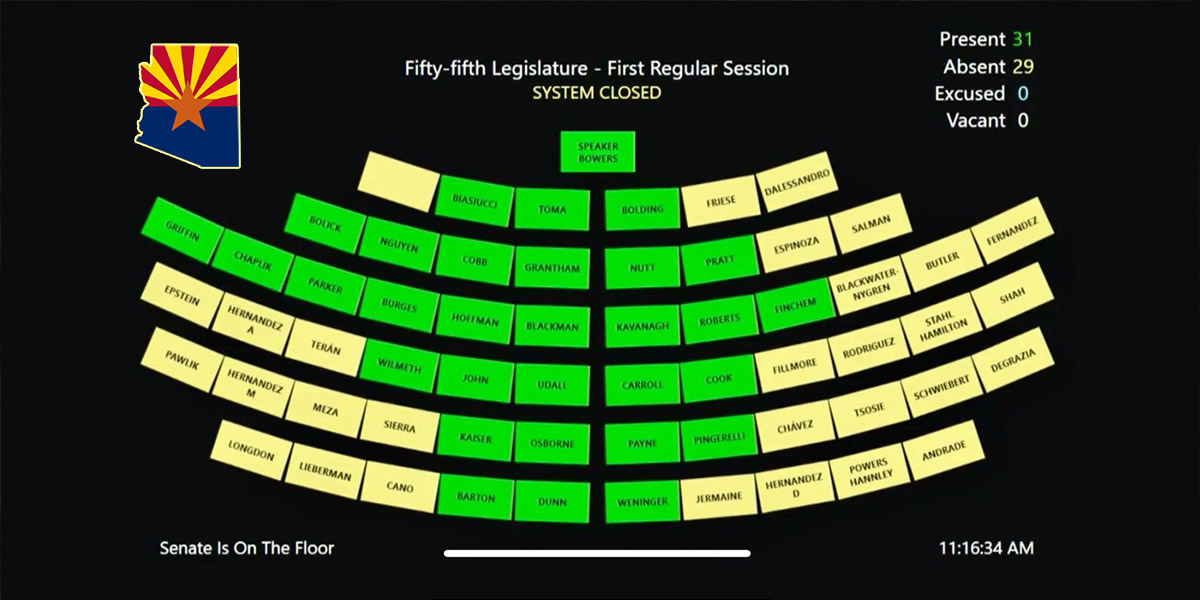 By AZ Rep Jake Hoffman: Today AZ House Democrats abandoned their jobs in an attempt to cause a gov’t shutdown & prevent the House from doing the business of the people of Arizona.

Our recent article on Citisun entitled “Trump Vows To Drain The Swamp In Washington D.C.” sparked interest, and raised a question worth exploring further, regarding term limits. Trump vowed repeatedly during his campaign to see to it that a Constitutional amendment would be added to impose term limits to all members of Congress.  In response to our article on draining the swamp, a comment / question by a Facebook poster asked:

Get Involved. Local Action has a National Impact. It is our civic duty and responsibility to be involved in our communities to assure future generations have similar freedoms and liberties. As our founders demonstrated by personal example, they risked life, liberty and property to grant to us what we have, but only if we took care to not allow government to grow out of control.