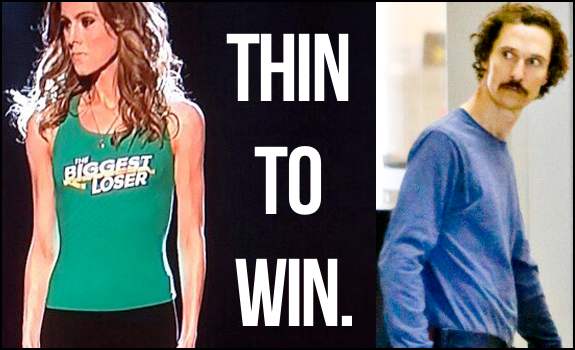 Did The Biggest Loser Just Jump The Shark When Rachel Fredrickson Stunned the Audience?

The Biggest Loser’s live finale ushered in the show’s first Matthew McConaughey moment last night, as winner Rachel Fredrickson took the prize in front of a stunned audience. Ending up at a svelt 105 pounds, she lost 155 pounds of her former self.

Fans are outraged, Twitter’s going whack-job crazy (see #BLFinale), nutritionists and healthcare workers are up in arms, even the coaches were visibly shocked, wide-eyed in the emotional reaction shot, taken by NBC/BL cameras. There’s good reason to be concerned, seeing as The Biggest Loser’s message of healthy lifestyles took a frozen lambchop upside the head last night.

Let’s face it, there’s no un-seeing what we all saw. Live, reality TV as a genre had a defining moment last night. We’ll see whether that epic moment ends up sending The Biggest Loser into a feast or famine, when it comes to ratings and sponsorships next season.

That said, I think we’re going to see some game-changing rules coming to The Biggest Loser. This season’s got a not-so-thinly veiled message to the show’s producers: “Food kills. So does starvation.” We’ll see whether “Healthy Balance” becomes the driving message in future episodes.

But the flip-side of all this?

By their own intensely focused determination, they both played the game, sacrificed their health in dramatic fashion for their respective careers; in doing so, they won it all. Rachel’s drastic weight loss earned her a fresh $250k in her bank account; Matthew’s sacrifice played no small part in helping him garner his first Academy Award. 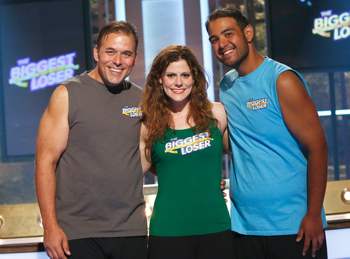 Here’s Rachel, before the finale. Photo by Justin Lubin / NBC.